If you were to use one word to describe Alysa Samaratunga it would be brave. She has faced much success in her 16 years, however, not without adversity, and that adversity has been the very thing that has helped Alysa have the courage to face her most recent tragic event.

At a very young age Alysa was identified as a talented gymnast by coaches of the National Canadian Team. She spent the majority of her childhood being groomed as an international gymnast, and eventually came to live that dream. She spent many years traveling the globe building a name for herself as a champion, bringing home proud Canadian medals everywhere she went. As with many gymnasts at her level, Alysa had to overcome multiple injuries. Shortly after an international competition in France in 2009, Alysa sustained a serious back injury. She worked hard and endured intense therapy in order to heal her back so she could return to her sport and resume her much coveted spot on Team Canada.

Just as she was about to return to competition, disaster struck. Alysa contracted a rare eye infection that took the vision in her right eye along with her career in gymnastics. No one is completely clear how she contracted the infection. There was speculation that it may have been bacteria from a swimming pool that became trapped under her contact lens. Upon examination by emergency room staff, it was initially thought to be a common case of conjunctivitis; however, as the hours went by her mother became very concerned that it was something much more serious. 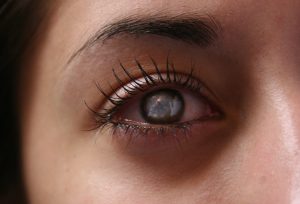 Alysa’s cornea had been destroyed by bacteria that was blinding Alysa and causing her debilitation pain; her vision would not return without a donor transplant.

Upon returning to the emergency room it was discovered that an infection was quickly spreading and Alysa was at risk of the bacteria destroying her whole eye beyond repair, leaving her blind. Alysa was quickly taken to see Cornea Specialist Dr. McCarthy. He sent in some swabs of the bacteria to be tested. However, it would take days for the results to come back. Dr. McCarthy had to make an educated guess as to the type of bacteria that was blinding Alysa and causing her debilitating pain, and ordered a custom made medication for a specific rare bacteria, which Alysa’s parents had to drop in her eye every 15 minutes, 24 hours a day. Fortunately for Alysa, Dr. Martin McCarthy was correct in identifying the bacteria and the infection stopped spreading any further into the eye, but it was soon clear that Alysa’s cornea (the lens at the front of the eye) had been destroyed and her vision would not return without a donor transplant. 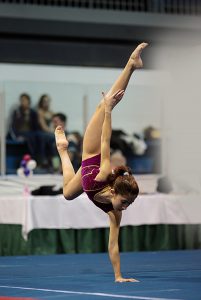 Because of the cornea transplant, Alysa is able to live the life of a normal teenager without any challenges related to her vision.

Alysa was placed on a waiting list for surgery to receive a donor cornea transplant. She was brave on the day of the surgery, comforting her worried mother. Alysa looked at her mom and said confidently, “I will see again, I’m not worried. No lovie dovie!” and signalled to the staff  she was ready to be rolled into surgery.

Alysa was right, she now has perfect vision. Alysa, and her family, have enormous appreciation for the amazing gift that gave her back her sight. They are forever thankful to the family who donated their child’s cornea so she could see again. Because of the cornea transplant, Alysa is able to live the life of a normal teenager without any challenges related to her vision. She has recently received her drivers licence and has plans to attend University to study Business. She has also resumed an athletic lifestyle and is currently working towards becoming a Fitness Trainer, her future is bright. Being able to proceed with life without any limitations comes with eternal thanks to the child whose family made the decision to have their child participate as an organ donor and give Alysa the ability to see again. 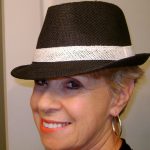 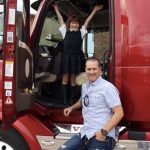